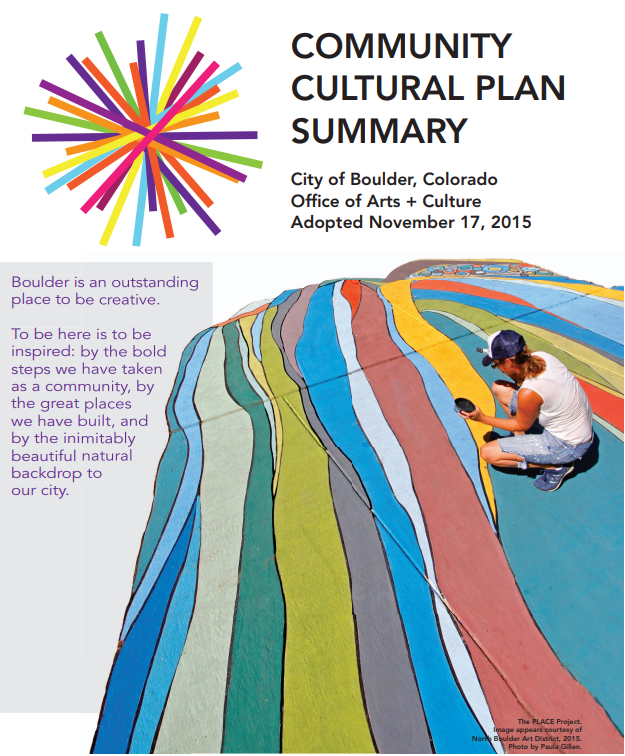 On November 17, 2015, City Council voted unanimously and with much enthusiasm to adopt the Community Cultural Plan. We continue to work towards progress on our shared vision for culture:

Together, we will craft Boulder’s social, physical, and cultural environment to include creativity as an essential ingredient for the well being, prosperity, and joy of everyone in the community.

Media Coverage and Links of Interest

New National Endowment of the Arts Report Ranks Boulder As Third In Country For Artists Per Capita, City of Boulder Press Release, October 3, 2016

Jack Collom celebrating the launch of the Community Cultural Plan, 2016